How Practicing Yoga Supported My Pregnancy 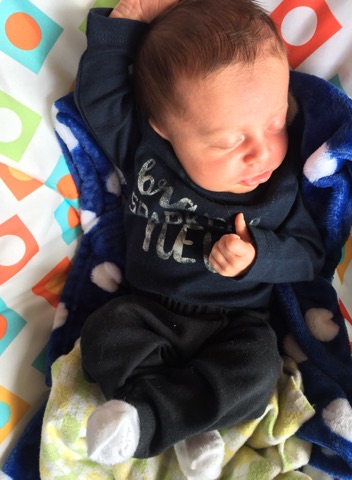 I’ve been asked to write a blog about my pregnancy and the role that yoga played throughout. While I can’t compare how pregnancy would have been without yoga, I can say that when asking others about their pregnancies, I often heard many negatives. My answer was mostly ‘I can’t complain.

While I feel fortunate to have had a fairly ‘easy’ pregnancy, I believe that this is in large part thanks to continuing yoga. I believe this also played a large role in having not the worst delivery as well. Practicing through structured courses at Supernova also made this easier then going it alone .

I continued practicing up until 36 weeks pregnant when my monthly unlimited class pass ran out. I had been practicing on and off for 15 years prior to this. At first I was nervous about practicing while pregnant—could I still ‘do’ it? Would I be judged? Would it be too hard? Should I even be practicing?…

Firstly, I was very pleasantly surprised by how supportive the members of the Supernova studio were. Many had positive comments, were supportive, and none made me feel as though I should quit practicing. Secondly, one great thing about yoga is that it is adaptable and that the instructors are super helpful. There were positions that I could no longer do as I used to, but there are modifications for every move out there, allowing me to make the most of the flow. Lastly, when I felt like I did need a break, child’s pose was readily available!

Below are some common symptoms associated with pregnancy:

Loss of balance
Yoga incorporates poses that work against gravity, this helps you maintain your balance. Holy crow!

Headaches
Constipation
Swollen hands and feet
The flow of yoga gets your blood circulating and pumping, helping to ease all of the above.

Mood swings
Yoga is not only a physical practice but a mindful one as well. Being in the present throughout practice can, at least, help enliven your mood throughout that period of time. Plus, class is often accompanied by a lingering yoga ‘buzz’

Fatigue
There were many times that I felt too tired to attend but forced myself to go. Some days it took up to 10 mins to stop feeling this way, but once class was over never once regretted attending. The practice is invigorating throughout and afterwards as well.

Delivering my Baby and Yoga

The benefits that I believe helped with delivery are: Deep breathing, Mind / body connection and staying in the present. Practicing deep breathing helped me make the most of my contractions and was praised on my deep breaths by the Doctor.

The mind-body connection you practice in yoga helps to focus on where your being asked to push and to focus on the proper area.

Staying in the present allowed me to focus on the task at hand and what I could do to achieve it. My baby was in distress the entire time and while I was scared and wanted to panic, I focused instead on doing what was asked to get her out as quickly as possible. The Doctor also complimented me on this focus and I told her it was all yoga. I also thanked yoga when a healthy baby girl was delivered with relatively few pushes that did not cause any rips or tears.

While I cannot say how this experience would have been without yoga, I can say that I truly believe that it made the entire process easier. I could go on about the benefits of such but think this is lengthy enough! Bottom line, pregnant or not, yoga has many benefits for you should you chose to practice, so what are you waiting for?!